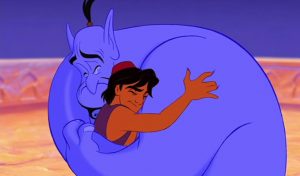 The first thing that flashes in our memory after the initial shock is the long list of characters he made us love. Genie happens to be my favorite and you most likely have one from the long list.

I’m writing this article because I love Robin Williams and because I believe that his death is a tragedy that should have been avoided and I hope we take steps to make that happen.

CNN reported that Robin Williams was recently admitted for what was referred to as “rehab” In retrospect, there is a possibility that he has been battling depression all along. The fact that he was able to discuss and be open about his cardiac surgery that he had five years ago but could not do the same with his battle with depression, is telling. We’re still stuck in a different decade where depression isn’t a disease but a shameful personal experience that we are to somehow snap out of.

It’s time for us to begin to speak honestly about this and stop treating diseases of the brain differently from the rest of the body’s organs.

2) It can happen to anyone

The box we’ve placed the mentally ill demographic into is crumbling. Comedians, pastor’s kids, geniuses, artists…humans, can all face mental illness. It still shocks us every time though, doesn’t it? Maybe this can combat the thought that “this could never happen to me or anyone I know”

Chances are, someone we know is struggling with mental illness in some form. It’s our responsibility to encourage people around us to seek help and help them overcome their personal barriers to their own treatment.

This is a tough one for Christians sometimes. There are times that we’d like to believe that prayer can overcome anything, and it can. We’d like to believe that the scriptures can cure all ailments of the soul, and it can…But we sometimes forget that God invented medicine. We forget that healing always come from the True Physician and that doctors are a vehicle for that dispensation of His Grace and healing in a similar way that the priest is.

We must understand the role of medicine and know that God graciously provided it for our healing. There’s nothing wrong with praying for God’s healing of our diabetes and hypertension, but it would show a lack of faith God if we did not use the instruments of treatment that He provided (ie medicine) as we pray.

We will celebrate Robin’s life and mourn his death. If he had passed away from an aggressive untreatable disease, maybe we would be pouring ice buckets on our heads for the hope that research can give us an answer one day that would prevent death.

But mental illness does not need to be a terminal disease.

There’s therapy, medication, counseling, treatment facilities and specialists. There is treatment. And there is no reason for this tragedy to be repeated.

There is hope and lots of it. 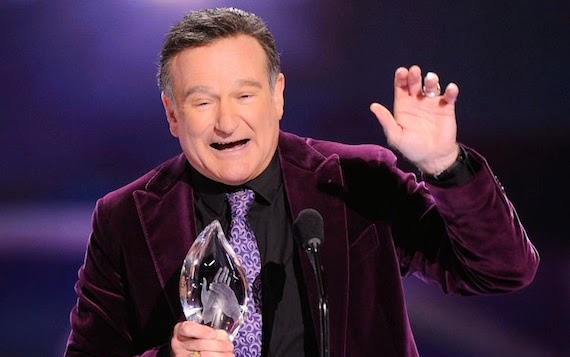